Where to go in the Pyrenees ? 3 Unmissable sites

The Amazing Pyrenees - 3 of the Unmissables !

Ok, let’s start with the facts. The Cirque de Gavarnie forms the shape of a horseshoe, at the top it is about 3000 metres wide, and at the deepest point it is around 800 metres wide. At the highest point, the rock walls that form the Cirque reach up to 1500 metres above the floor. The famous Gavarnie waterfall, the highest in mainland France, and the second highest in Europe, descends some 422 metres. Putting the facts and figures to one side, the Cirque de Gavarnie is simply one of the most beautiful places in the Pyrenees. Not far from the village of Gavarnie, the Cirque is listed as a UNESCO World Heritage monument. Amazingly enough this little village boasts not one but two UNESCO World Heritage Sites, the second being the 13th Century church of Saint John the Baptist. Gavarnie is also situated on one of the famous routes of  the Camino de Santiago.

If you wanted to take in the Cirque de Gavarnie, as well as one of the other Pyrenean « Unmissables » the Pic du Midi, the programme « From Lourdes to the Stars » would be the one for you.

Apart from the waterfall the other major feature of the Cirque de Gavarnie is the « Brèche de Roland »  a natural gap that literally looks like Roland took a lump out of the cliff with his sword, which is how the legend goes. The Brèche, or the breach, is 40 metres wide and 100 metres high – some sword !

The Cirque de Gavarnie is accessible all year round on foot, but the big waterfall is often frozen in the winter months. The Cirque is also included on day 6 of the programme «  A World Class Journey to the Heart of the Pyrenees ». Now you know some of the reasons why it is world class ! Lourdes will be the gateway town for many of our customers who are taking their walking holidays in « The Heart of the Pyrenees » . If you fly into Toulouse a TGV will whisk you to Lourdes in 2 hours, but Lourdes is so much more than just a town you should just pass through. Many people chose to take an extra night here, and whether you have religious beliefs or not, it certainly is a fascinating place to explore.

Lourdes is visited by well over five million pilgrims every year and is the home of one of the world’s most important Catholic shrines, the Grotto of Massabielle. In 1958 a fourteen year old peasant girl, Bernadette Soubirous, claimed to have encountered the Virgin Mary 18 times between February and July. The apparations of the Blessed Virgin occured near the cave at Massabielle, where there was a fresh water spring. The apparition told Bernadette to  «  drink the water of the spring, to wash in it, and to eat the herbs that grow there » .

To this day pilgrims go to drink and bath in the water from the spring, and 70 healing « miracles » have been officially recognised by the Vatican.

For the « Once-in-a-Lifetime High Pyrenees Walk » we pick you up from the airport or the train station at Lourdes. There is the possiblity of staying an extra night here at the beginning or the end of the trip.

Apart from the shrine and other connected museums there is also a castle, a Pyrenean Museum, an impressive Funicular Railway, a market full of local products, and a tourist train in Lourdes. 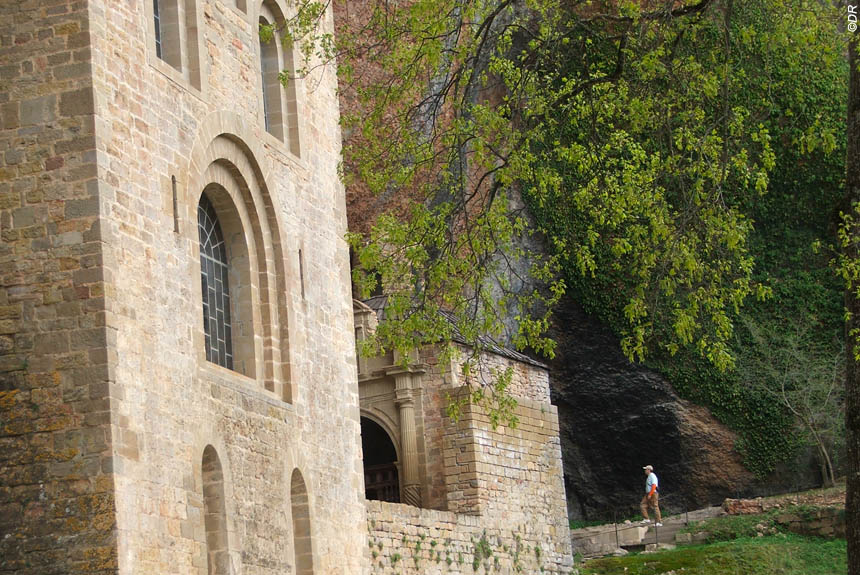 One of the most interesting things about this beautiful Monastery is that for 4 centuries it was the hiding place for the Holy Grail, the chalice that, according to legend, was used by Jesus Christ at the last supper.

In 1076 the Grail was brought to the Monastery of San Juan de la Pena by the 2nd King of Aragon, Sanch Ramirez. It remained there until 1399 when it was moved to the royal palace in Zargoza by King Martin I.  A replica of the Grail is still on display in the old Monastery.

The Monastery that you can visit today has its origins over many centuries, with historical documents telling us that a small church was founded here as early as 920.  The original Monastery was ruined near the end of the 10th Century, but was rebuilt bearing the name of SanJuan de la Pena at the beginning of the 11th Century.

The nearby town of Jaca was the capital of the kingdom of Aragon, and the importance and wealth surrounding the Monastary grew considerably. It was also enlarged to host pilgrims who were travelling on the Camino de Santiago de Compostela.

All our walking holidays in the Pyrenees 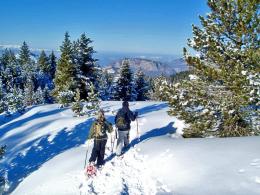 Win a snow shoeing holiday in the Val d'Azun !

On Christmas Eve you will have the opportunity to win a snow shoeing holiday in the wonderful Val d'Azun, free to enter ! 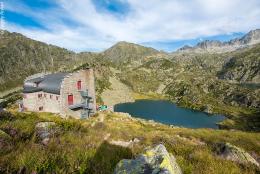 Staying in a Mountain Refuge in the Pyrenees

However, the best part of any holiday can sometimes be experiencing something new and a bit different, and if you’ve never stayed in a mountain refuge before then it is really worth putting on your bucket list ! So, what can you expect ? 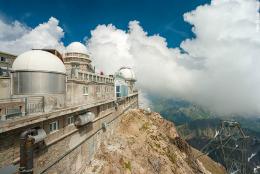 Pic du Midi de Bigorre - The Observatory In The Pyrenees

With views that extend across the entire Pyrenean Mountain range and far beyond, the Pic Du Midi de Bigorre is one of the most majestic summits in the Hautes-Pyrénées. Standing proud at 2,877 metres above sea level, the mountain is renowned for its beautiful landscapes, high octane sporting events, fine cuisine and a world famous observatory and museum.