What is the Highest Mountain in the Pyrenees ?

The Pyrenees form a natural border between France and Spain, with the little addition of the independent principality of Andorra tucked away in the middle.

This mountain range stretches for about 430 kilometres between the Atlantic Ocean and the Mediterranean Sea, and covers about 19,000 square kilometres.

When it comes to the competition about who has got the biggest it turns out that Spain is the outright winner!   If you list the highest peaks in the Pyrenean range you have to go all the way down to number 10 to find the highest peak in the French Pyrenees, Le Vignemale.

While this mountain range is a paradise for lovers of outdoors activities of all types, hiking, climbing, cycling, canyoning, or just observing the amazing flora and fauna, most will not attempt to climb to the top of the highest peaks, but observe their beauty from afar, they certainly make an impressive backdrop.

Number one, Pic Aneto, at 3404 metres this is the highest peak in the Pyrenees.

Situated in the Massif de la Maladeta, in the Province of Huesca, this mountain can be climbed without great difficulty, although the ascent takes planning and experience. You need to cross the largest glacier in the Pyrenees and a rather airy ridge near the summit, if in doubt it is an expedition that is best done with an experienced mountain guide. 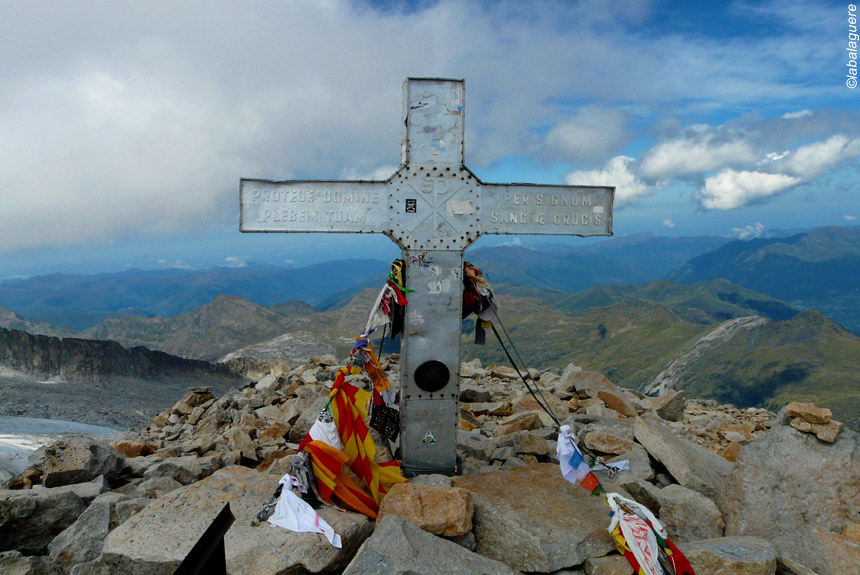 The peak is marked with a large metal cross that over the years has been decorated with flags, stickers, flowers and all other types of keepsake. Platon de Tchihatcheff , a former Russian military officer,  made the first ascent of the Aneto in July 1842.

Interestingly enough, although Pic Aneto is the highest in the Pyrenees it is only the third highest summit in Spain. The first being Teide on the island of Tenerife (3718m) , and the second is Mulhacen (3479m) in the Sierra Nevada.

Number two, is the Pic de Posets, also in the Province de Huesca, which stands at 3375 metres.

This is also a mountain that, although a serious undertaking, can be climbed without too much technical difficulty. As is often the case because it is the bridesmaid and not the bride it is much less frequented than the Aneto, making it a very attractive proposition for those who prefer to escape from the madding crowd. The best first stop for the ascension of the Posets is the Refugio Angel Orus at 2100 metres. Here you can spend the night and set off early the next day towards the peak. As with the Aneto, this climb takes good equipment and high mountain experience, or the help of a qualified guide.

And finally a shout out for the biggest in the French Pyrenees, Le Vignemale.

Situated close to the border with Spain in the Region of Occitanie, the peak of the Vignemale stands at 3298 metres. This is an imposing mountain and on a clear day you can see an incredibly long way from the summit. 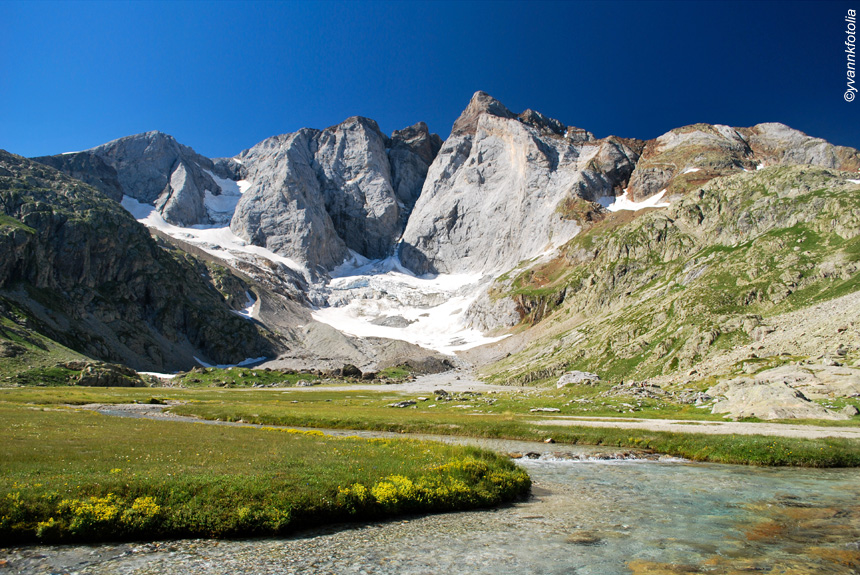 In 1904, born from a rivalry between the mountain guides of Gavarnie and those of Cauterets, a mountain race to the summit of the Vignemale took place. This became known as the Trophée du Grand Vignemale and although the route has changed several times, the race still exists to this day.

Discover all our Walking trips in the Pyrenees

Discover all our Cycling trips in the Pyrenees