Ideas for your next hiking trip in the Pyrenees

The Natural Park and Canyons of the Sierra de Guara are nestled south of the Pyrenees in the Aragon region of Spain. Still largely undiscovered by English speaking tourists this region is a real hidden gem. Geologically it is very interesting, a limestone plateau with mountains that rise up to 2077m and canyons that drop hundreds of metres, towering cliffs that attract numerous birds of prey, eagles buzzards, kites and other interesting and rare species. The area is criss-crossed with rivers and waterfalls making it very popular with fun lovers who enjoy the sport of Canyoning. 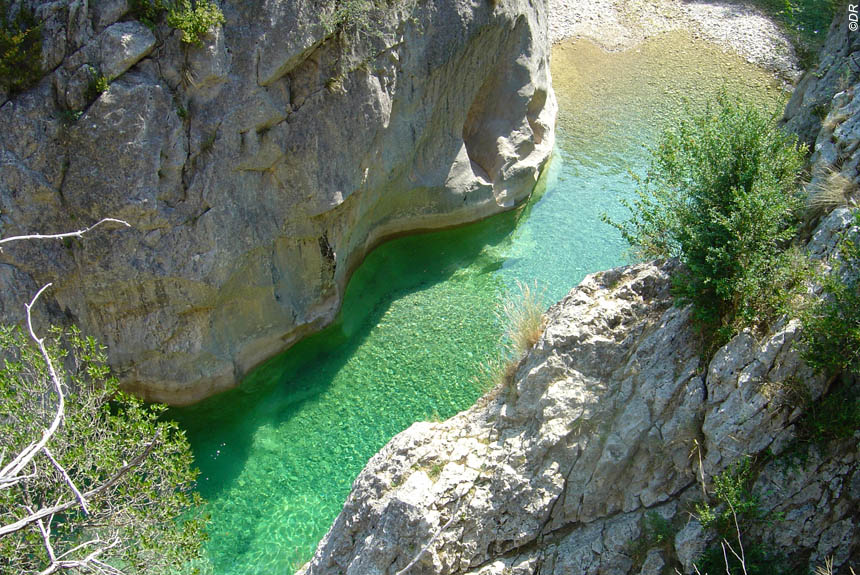 For walkers the Sierra de Guara is a veritable paradise. The climate is very pleasant with very few rainy days and lots of sunshine. You can take a hiking holiday here almost year round, and although July and August can be hot the advantage is that around virtually every corner there is a source of crystal clear water just waiting to be jumped in!  One of the reasons the Sierra de Guara remains so unspoilt is that it is not easy to access or travel around by car, the geological features of ravines, rivers and jagged mountains have helped protect it from too much invasion from the outside world. Walking is the best and most enjoyable way of exploring, you will discover the prehistoric caves with their paintings of animals (there is a UNESCO heritage site here) the canyons, vineyards, oak forests and some of the most beautiful villages in Spain, including Alquezar. 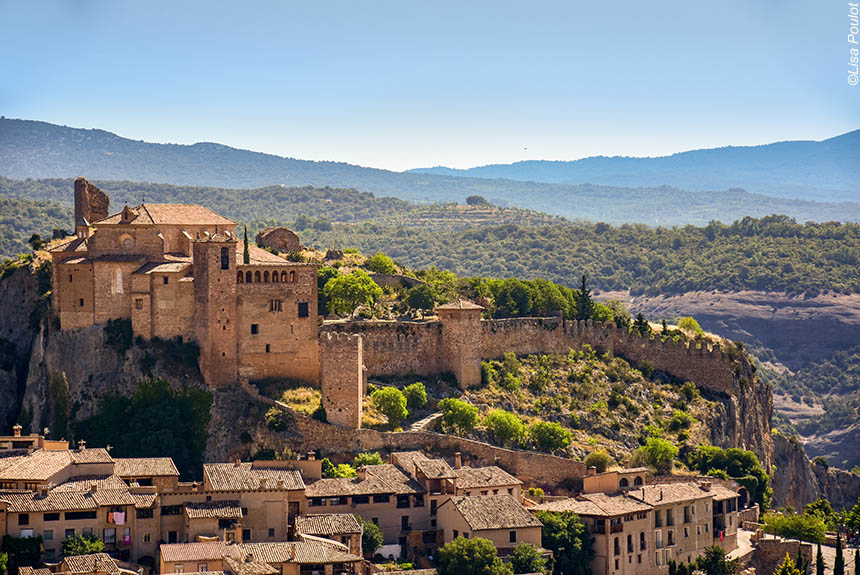 The magnificent village of Alquezar

The village of Alquezar, at the entrance to the Rio Vero Natural Park,  is an exceptional site, both because of its history and because of the canyons that surround it.  A Muslim fortress, protecting the city of Barbastro, Alquezar was the object of conquests and reconquests between Muslims before falling in 1067 under attack from the Catholic Sancho Ramirez. Of the original Muslim fortress, only the remains of the square tower are left. At the summit of the village the castle and collegiate church are perched. You can still see the castle, with its double ramparts, and the collegiate church with its cloister. The historic buildings are unique, and such pleasures to admire in detail as you wander slowly around, savouring the view of the canyons, with the vultures hovering gracefully above.

See our walking holiday in the Sierra de Guara :

The Secret Canyons of Europe

The Département of the Hautes-Pyrénées is probably best known for the world-renowned Catholic pilgrimage site of Lourdes. Every year millions of visitors visit the cave of Massabielle where, in 1858, the Virgin Mary was said to have appeared on several occasions to a young girl, Bernadette. Pilgrims can drink or bath in the spring water that has its source in the cave. 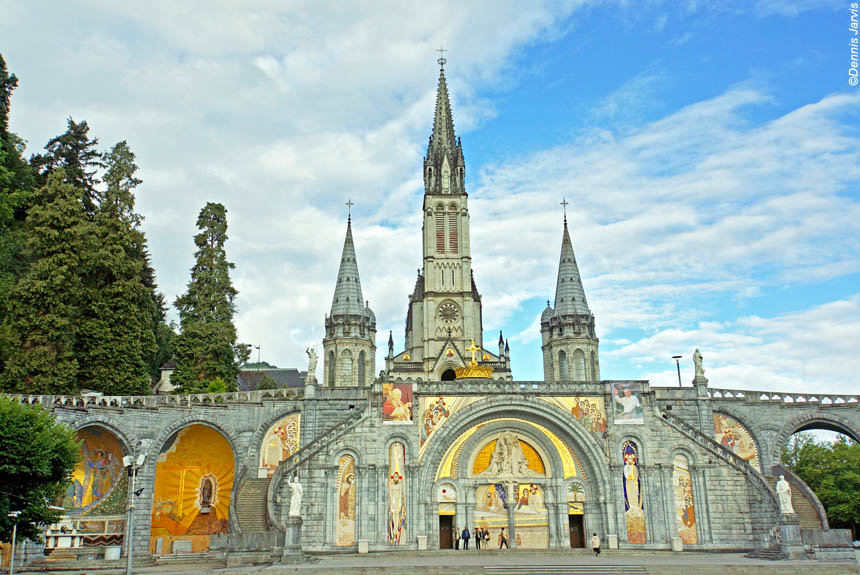 The Cathedral in Lourdes

The Hautes-Pyrénées is also home to the UNESCO World Heritage site of the Cirque de Gavarnie, a huge natural rock structure in the form of a horseshoe. The top is about 3000 metres wide, and at the deepest point it is around 800 metres wide. The famous Gavarnie waterfall, the highest in mainland France, and the second highest in Europe, descends some 422 metres. 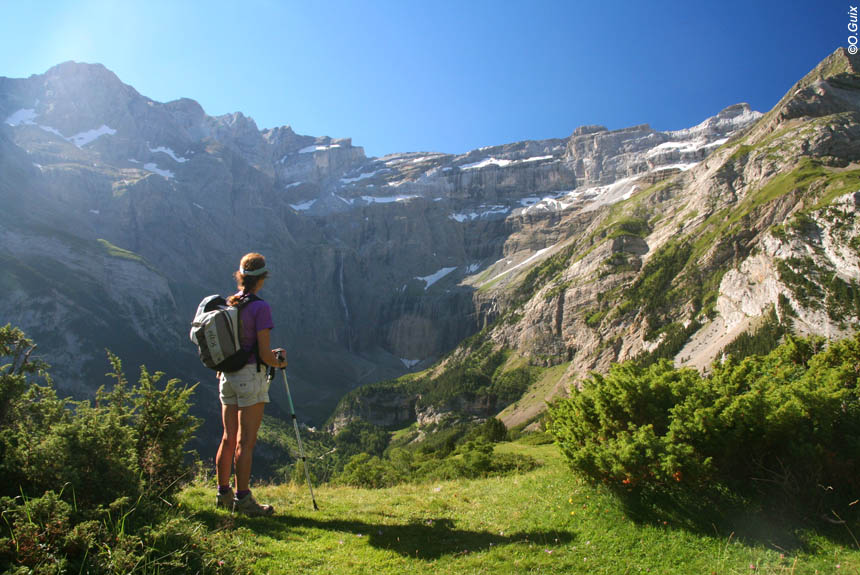 Nearly as important as these world famous sites, the Hautes-Pyrénées is also the home of Purely Pyrenees! Our offices are nestled at 900m altitude in the beautiful village of Arrens-Marsous in the Val d’Azun, and have been since 1984. We are lucky enough to breathe some of the cleanest air in France every day.   The Hautes-Pyrénées area is a playground for lovers of outdoor activities, both in the winter and the summer. When the snow arrives there are several ski stations ( Domaine du Tourmalet, Luz Ardiden, Cauterets, Gavarnie to name but a few there are also many pistes for cross-country skiing and opportunities to walk with snow shoes or take a husky drawn dog sleigh. In the summer it goes without saying that there is an endless amount of beautiful mountain walking to be done, in the Parc National des Pyrenees, the Massif de Neovielle or maybe the Pont d’Espagne. Here the Pyrenees have retained their authenticity with many local producers and artisans active in every town and village. 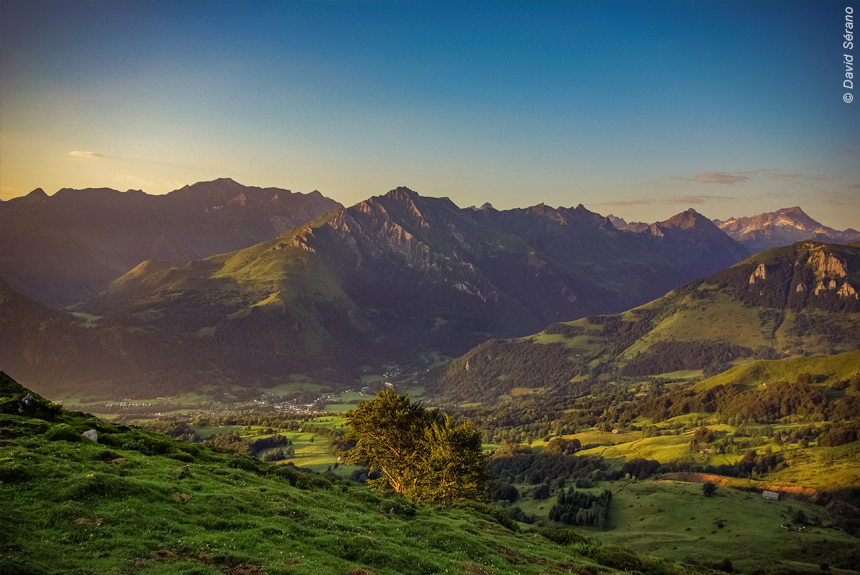 There is also a very strong connection to cycling in the Hautes-Pyrénées, home of the famous Col du Tourmalet, which is featured virtually every year in the Tour de France. Every summer road cyclists from all over the world come to the Hautes-Pyrénées to either watch the Tour or tackle the climbs themselves, or both! See our walking holiday in the Hautes-Pyrénées:

A World Class Journey To The Heart Of The Pyrenees

The Best Of The High Pyrenees : From Lourdes To The Stars

The 7-6-5 Guide To Living Life Better 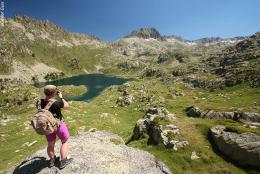 The Spanish Lakeland - The National Park of Aigüestortes

If you can imagine a harmonious collection of mountains, lakes and valleys, interspersed with lush green meadows, thick forests and crystal clear streams, huge rock walls and beautiful waterfalls, an area with a particular geography and many different microclimates, then you can imagine the National Park of Aiguestortes and the lake Saint Maurice, the Spanish Lakeland.