Barcelona is easily accessible with a large international airport and decent train service, which is another reason why it attracts many hundreds of thousands of visitors every year, but there is one thing that you won’t find in Barcelona… peace and tranquillity.

A visit to this huge city can be rewarding but also exhausting, if you like the idea of exploring this amazingly diverse region of Spain a little further, but escaping the hustle and bustle, then why not add on a visit to the Pyrenees, or even better a walking or cycling trip in the Pyrenees?

The Pyrenees are a range of mountains that form a natural border between Spain and France, with the microstate of Andorra sandwiched in between. Reaching a height of 3404 metres at the peak of the Aneto, in the Spanish region of Aragon, this mountain range is rich with natural beauty, from snowy peaks to crystal clear lakes, lush meadows to stunning coastlines, the Pyrenees are home to a plethora of undiscovered gems, perfect for exploring on foot or by bike.

The Pyrenees stretch from the Mediterranean coast to the Atlantic coast (the GR10, the path that covers the whole distance, is 866kms long)  but as Barcelona is on the Mediterranean coast let’s concentrate on the several interesting regions that can be reached by public transport, or by hire car, within a few hours of the city.

The trip that should really be on everybody’s “To Do” list is to go from Collioure, a pretty fishing village in France, to Cadaques, an equally beautiful whitewashed coastal village in Spain. In this region the mountains tumble down to the coast, and every day you can chose whether to hug the coastline or walk up into the foothills to marvel at the views over the deep blue. 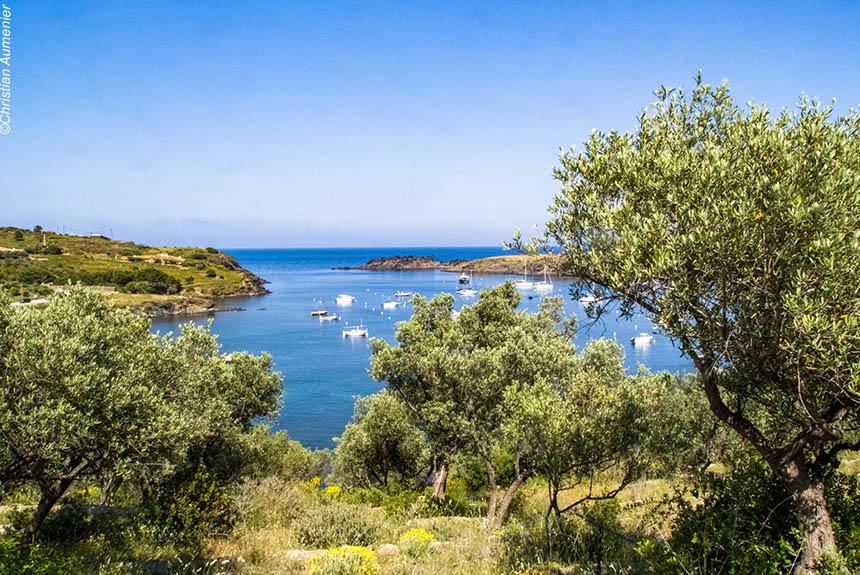 It is a great experience to walk from one country into another, and in this Catalan region, whether you are in France or Spain, you can be sure of great food and wine and a warm welcome. The stretch of coastline from Collioure to Cadaques can be covered on foot or by bike, normal bike for the experienced and fit cyclist, or electric bike for those who prefer a little assistance ! 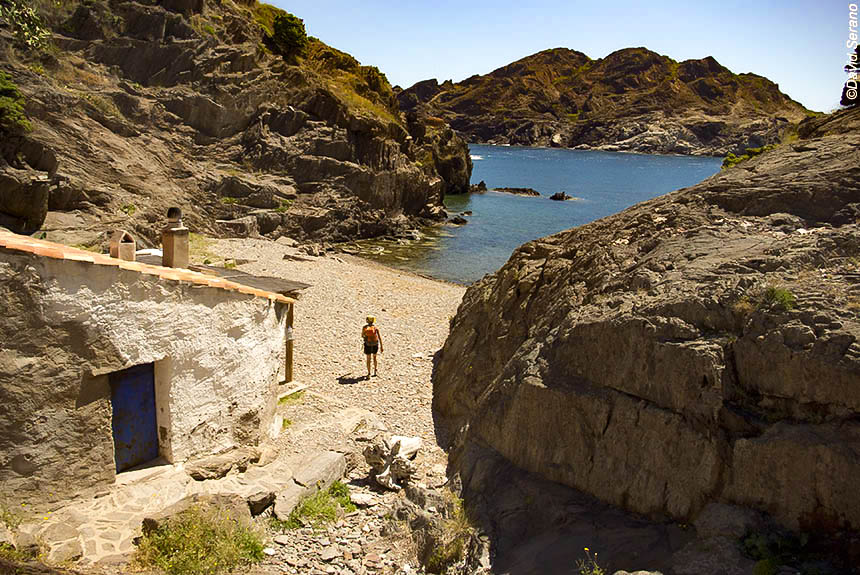 Another very interesting area that is accessible from Barcelona is the Pays Cathar. The Cathars were a religious group that flourished in region of France known as the Languedoc from the 11th Century.  The rapid growth and success of the Cathar religion angered the Head of the powerful Catholic Church and Pope Innocent III called for a Crusade against the “heretics”. Over half a million men, women and children suspected of being Cathars were killed.

After the start of the crusade against them, the Cathars took refuge in fortified towns and castles, many of which were perched in spectacular hilltop locations near the Pyrenees.  Some of the best known are at Monségur, Puivert, Peyrepertuse and Roquefixade. The walk between the remains of these castles takes you through some of the most beautiful countryside in the Languedoc region of France, and the climb up to visit the ruins is not only spectacular, but if you are interested in the history of the sites, it can also be a very moving experience. 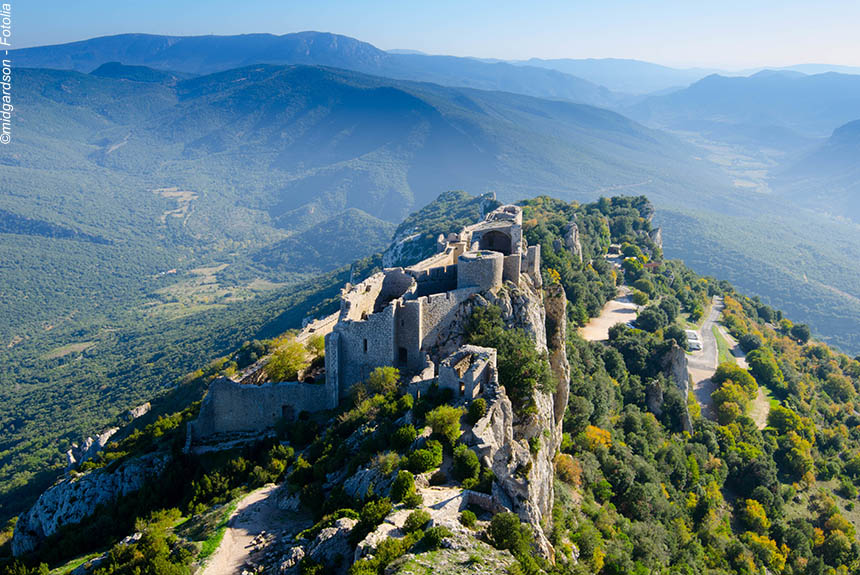 The name in itself is enough to conjure up images of a magic and forgotten land – Aragon. This autonomous community of Spain is the most remote and non-touristic area in Spain. The regions 33 ‘comarcas’ or counties have a rich architectural history with Medieval towns and villages dotting the landscape. Aragon’s has a diverse terrain, with permanent glaciers, the Aragonese Pyrenees mountain range, home to the beauty of the Ordesa National Park, Spain’s oldest nature reserve, ski resorts, lush valleys and rich pastures, right through to the contrast of the arid steppe plains of the central lowlands. 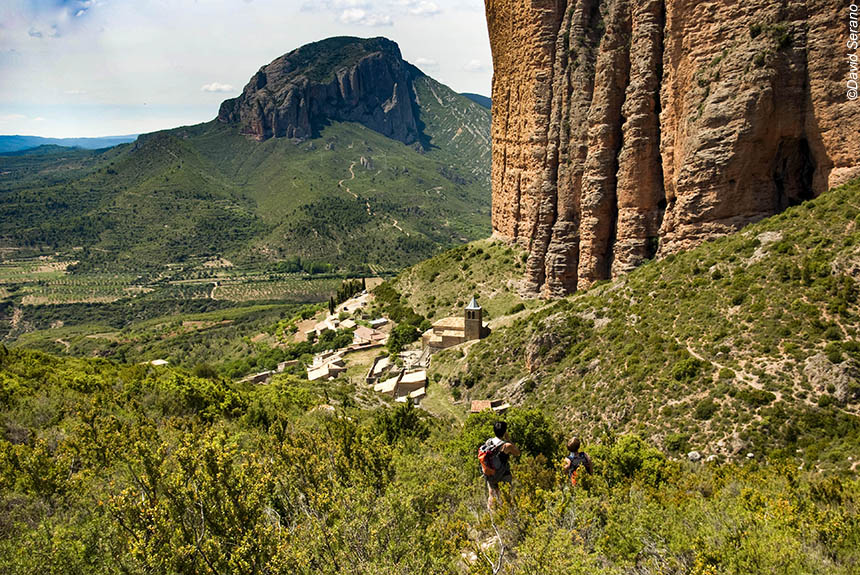 Zaragosa (or Saragossa) is the capital city of Aragon. It is situated on the river Ebro and has a history spanning back over 2000 years. Many architectural treasures have been brilliantly preserved, for example the Forum, the Thermal Baths and the Great Theatre. Another must is a visit to the Basílica de Nuestra Señora del Pilar. The faithful believe that  on 2 January AD 40, the Virgin Mary appeared to Santiago (St James the Apostle) atop a pillar of jasper, and left the pillar behind as testimony of her visit. A chapel was built around the pillar, which is topped by a Gothic sculpture of Virgin and Child, followed by a series of ever more grandiose churches, culminating in the enormous basilica. The view from the top is breathtaking. 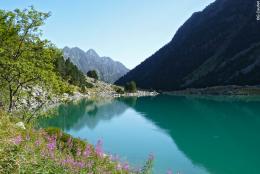 The first thing that usually springs to mind when you think about a passage on foot across the whole of the Pyrenean chain is the famous GR10. This is a trail that runs close to the border between France and Spain, from Hendaye on the Basque Atlantic coast to Banyuls-sur-Mer on the Catalan Mediterranean coast.