Bilbao and the Guggenheim Museum

Bilbao, set deep in the Basque country, is a truly captivating city in Northern Spain that has been regenerated in recent years to become a cultural hub and a gastronomical delight. With a juxtaposition of old and new on every corner, Bilbao offers Gothic architecture and historical bridges that straddle the River Nervión, nestled next to dazzling new buildings made of titanium, glass and limestone. Quintessentially Spanish, but with its own unique identity, the coastal city of Bilbao is a must-see for anyone looking to experience the real Spain.

Casco Viejo is the oldest quarter of the city, and is renowned for its ancient buildings, narrow streets and quaint Spanish squares and communal spaces. With its own language, its own culinary traditions, and a distinctive geographic and cultural landscape, this is a world away from the Costas and their crowded beaches.

A perfect example of old Basque charm, the rich medieval history is evident in the dark and atmospheric Siete Calles. These seven main streets, and the many narrow alleys that connect them, form the old town district of Cisco Viejo. The old quarter offers a variety of things to do during your visit. 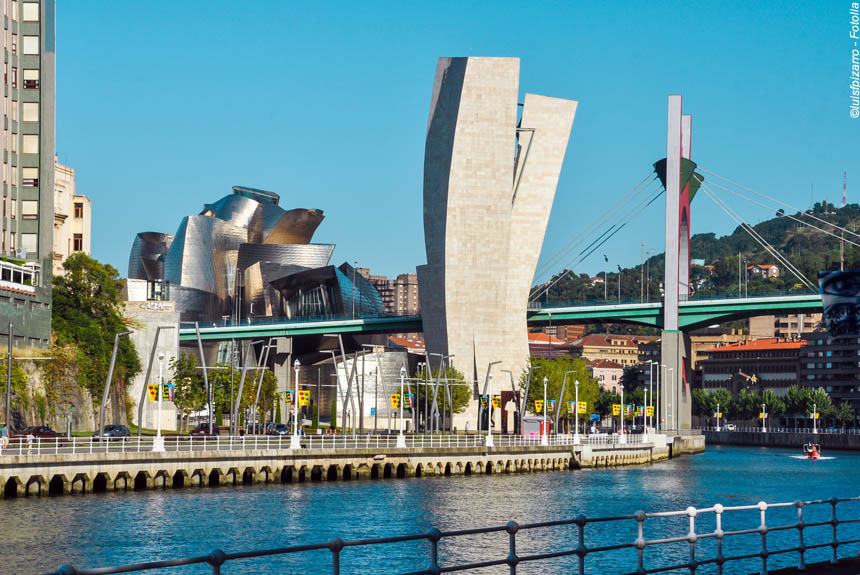 At the heart of the district is the Plaza Nueva, a neoclassical style plaza surrounded by arches, and beautiful arcaded buildings. Spend hazy summer days exploring the taverns and pintxos that surround the square, as you sample Spanish tapas or wander round the Sunday morning flea market selling books, coins, stamps and flowers.

Not far from the Plaza Nueva, stands the Euskaltzaindia Palace, which today is the Royal Academy of the Basque language, and the self-appointed keeper of the region’s culture. Behind the stunning facade, work continues to carry out research on the language, as well as finding new ways to protect it, and establish its very own standards of use. Here in Basque country they are fiercely proud of their independent way of life and the Euskaltzaindia Palace is the birthplace of their own cultural identity.

The Mercado de la Ribera is a picturesque waterfront market that offers over 10,000 square metres of fresh local produce as well as traditional pintxo bars and eateries.

Housed in an expressionist building, the market place is flooded by sunlight that pours through the stunning original stained-glass windows, setting the market hall aglow from the natural light that reflects off the translucent floor. As the biggest covered market in Europe, the Mercado de la Ribera, is a sight to behold.

Seek solace from the heat of the midday sun in the cool open spaces of the Santiago Cathedral. The beautiful cathedral building is a mix of architectural styles dating back as far as the 1500’s. From here you can also explore the Iglesia de San Nicolás, the mid-Baroque style church, famous for its octagonal floor plan and octagonal dome, as well as the Iglesia de San Antón which is such a historically important Renaissance style church that it bares the cities very own coat of arms.

Dive inside the Museo Vasco de Bilbao, and meander your way though collections that reference the ethnographic history of the region. Housed in an austere, yet elegant 16th-century convent, the museum is a small but well crafted homage to Basque evolution.

Finally, Bilbao’s most renowned attraction is the Guggenheim Museum.

If this has whetted your appetite to discover this lovely Spanish city, and at the same time you’d like to walk in the beautiful Basque countryside that surrounds it, why not have a look at the trip :  Culture and "Camino" : Guernica, Guggenheim & much more, which can be enjoyed as a short break, or you could quite happily add a few extra days in Bilbao at the beginning or the end. 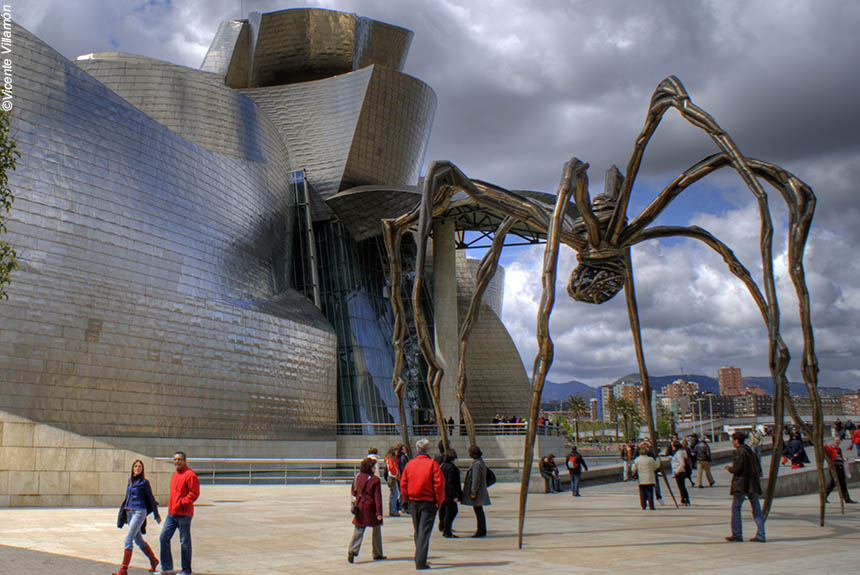 When the Guggenheim Museum first opened its doors some 20 years ago, it single handedly transformed the part industrial, part historical town of Bilbao into a cultural metropolis. Designed by Frank Gehry, the architecturally unique building situated on the bank of Nervion River, led to the regeneration of an entire city.

The gigantic framework of titanium, sandstone and glass was not a popular proposition with Bilbao residents in its early development stages. The disquiet soon ceased as construction transformed a former industrial wasteland into pleasant open spaces. A city in decline since the 1970’s, was suddenly thrust into the spotlight as the cultural hub of Northern Spain.

The building itself is famous for its most unusual aesthetic, that from certain angles appears to have no beginning or end. Standing like a huge abandoned ship overlooking the river, the museum has a central atrium hall, and large 130-meter-long and 30-meter-wide galleries, which provide ample space for gigantic sculptures.

Initial inspired by the Gehry’s own love of flowing canopies, cliffs, ships and fish, other notable artists have added to the site over the years including Fuyiko Nakaya’s water installation the Ría del Nervión, Louise Bourgeois' skeletal spider canopy simply named “Maman”, and Jeff Koons’ kitsch whimsy Puppy, a 12m-tall highland terrier made up of thousands of begonias installed on the city side of the museum.

Inside the museum itself visitors can enjoy the permanent exhibitions that fill the ground floor including Richard Serra's massive maze like sculptures in weathered steel and Jenny Holzer's 9 LED columns of ever-flowing phrases and text fragments that cover the walls.

The museum also regularly holds temporary exhibitions from contemporary artists from all around the world, and the wide ranging and ever changing installations and exhibitions that fill the fin de siècle Paris, that are the main attraction for many visitors.

Group tours are available every day at 12.30pm, or audio tours come free with admission. Entrance costs €13 for adults and €7,50 for seniors, children and members are free.

Where to Eat in Bilbao

The rejuvenation of the town has also led to a renewed interest in food and drink, transforming it into a gastronomic hot spot. Some of the very best eateries to visit include the Michelin starred Zortziko where Basque chef Daniel García brings a delicate modern touch to many familiar Basque and international dishes, or the much loved Restaurante Mandoya that has been serving lobsters, giant clams and chargrilled monkfish for over 50 years.

Also worth a visit is the Casa Rufo, a family run establishment offering all sorts of delicious local delicacies and its own onsite grocery store. The Restaurante Arbolagaña offers the very best views over Bilbao whilst tantalising the tastebuds with innovative and exceptional quality food.

Where to Drink in Bilbao

When in the Bilbao, a trip to one of the city’s many pintxos bars is a prerequisite for getting an authentic feel for the region. The Basque country’s unique take on tapas, these bars and taverns offer great beers and wine, combined with delicious finger foods that are perfect for sharing. 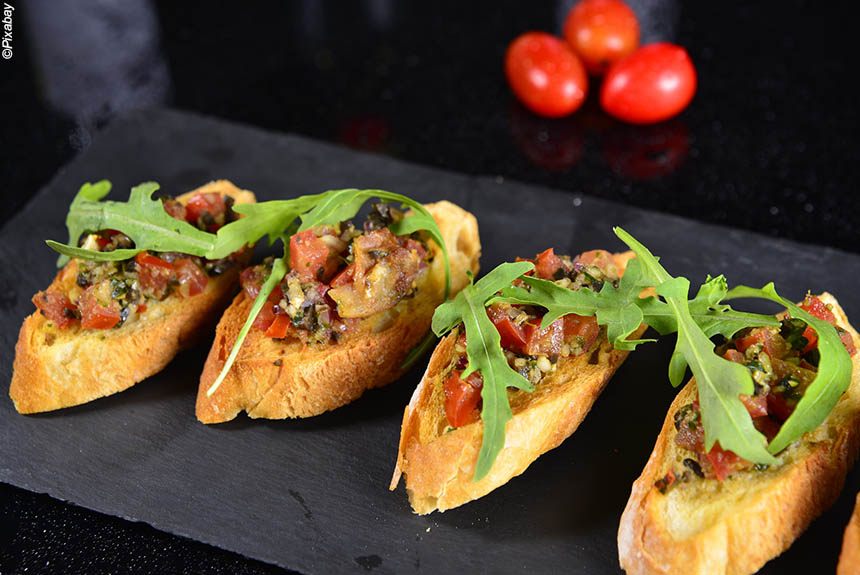 In keeping with the city’s transformation into a hub for art lovers and millennials, think not of smokey old Spanish bars, but more of modern, industrial looking bars that cater for all tastes. Peso Neto, for example, serves quinoa in kiln jars and offers a great range of artisanal craft beers. If this feels too hip for you, then the Café Bar Bilbao offers a more traditional Spanish feel and is one of the most iconic bars in Bilbao.

If you are looking for something a little out of the usual, the Kubrick Baris lovingly dedicated to the famous film director, and often hosts open-air parties and concerts that run late into the evening. Or for the music fans, Gure-Txoko is a small beer bar that serves as a temple of rock music to the resident Basque crowds and visitors alike.

Bilbao - The City That Transformed an Entire Region

From the unusual open spaces of the Guggenheim, to the narrow winding lanes of the Cisco Viejo, Bilbao is a city bound by its own unique character and the stunning contradictions of the old and the new. Somehow, it just works and a visit to Bilbao should definitely be on your travel list.